Ian Landsman joins me to talk all about news diets
“There's always magazines or whatever, where people could get stronger opinions. And that's fine. But you could kind of operate off a core set of facts, whereas like, without the core set of facts, it's just a frickin free for all and just like a different set. Like, yes, we might disagree, on certain part on like, whatever tax policy or foreign policy, but like, that's just our, our opinions on that. It's not like life and death, the way that it seems like it is today, anyway.” - Ian Landsman

Ian Landsman: The main draw is the times. Actually, my wife loves to read the physical paper on the weekends, so we get the Sunday Times

Ian Landsman: Yeah. Like if you go to News.Google.com, I think it is like they just curate and, you know, they're tracking your butt all over the place. So like they know what you're eating and everything, but then they're feeding you like I, I think they do a good job of like showing other types of things.

Like they're definitely showing you the stuff you know, you're interested in. But I do think you get like here is... often like on a big story, there's like the main one, but then there's like multiple other sub links to different news outlets and things. And then there are topics which I would never have searched out, which it shows like usually farther down.

So like I thought about getting it to scroll through.

Brian Casel: I'm sure many people on the right or conservative would disagree with this, but I find them to be pretty close to center down the middle. Like just the facts just give me the news, you know? And that's what really turns me off. And that's where I become. Ian Landsman: People don't want that, right? Like the people, these people don't want that.

Brian Casel: I mean, yeah, it's true that that that's unfortunate. It's like the reality as I do in terms of reading the New York Times, I spend most of my time there reading opinions Right? Right. But then that's where I feel like I'm missing the real big picture on all the major stuff going on, like other ones that I'm interested in and now are like, I'm reading the morning brew more than I used to the newsletter, which I'm sure just they just curate from all the major news. But like that too, feels like a little bit down the middle Yeah.

Brian Casel: Bloomberg was the other one that I thought, I don't.

Ian Landsman: But that's pretty good. So I want to be a paying.

Brian Casel: Member. I'm not a paying member on there. And that's the one that I was looking at actually this week. Like, if I'm going to pick up a new subscription, like Bloomberg might be the one where it's like it sort of gives me like a different balance of what I'm getting from New York Times. You know.


Brian Casel: There are some television shows that I think still do a good job of, just like I do tune in to Real Time with Bill Maher. Like almost if you.

Brian Casel: And you know, there's going to be people who are like, oh, I hate that that guy right there or that show or whatever, but I feel like that is one of the few shows where he actively invites opposing opinions to a table to legitimate like debate a topic. You know, I feel like there's just kind of crazy to me how little of that there is on television and podcasts and whatever else.

Ian Landsman: That's like they're not going to even have debates at the presidential election time.

Brian Casel: Level. That's insane to me, you know, and even like.

Ian Landsman: It's we're not having any debates anymore. I just hash it out.

Brian Casel: It's it's just insane. Like like just if you believe in an opinion, as everyone obviously does, why don't you go fight it out? You know, and try to win the argument? I don't I don't know why that is not a more popular thing, you know.

Ian Landsman: Because it's all about like it's not about like collaborating to the best solution, which ultimately even the debate is sort of theoretically about, right? It's just about like you have your talking points that are known to work and against the targets, your targets, which are you, your constituency. And you don't want anything to risk being off message. Right?

Ian Landsman: Your message is obviously Trump had very specific messages, right, about who's bad and what they're doing wrong and all that stuff. And like, what's the point of opening that up and letting even those people hear another perspective like you want to just keep them in the echo chamber? 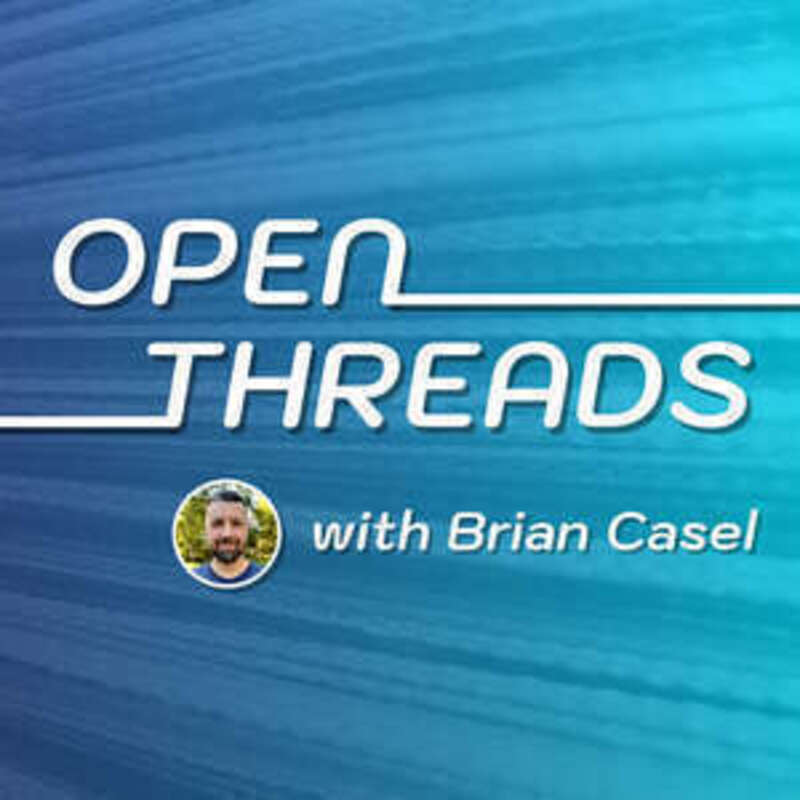